You are here: Home1 / City News Instructor Elena Corradino will teach a hands-on class about how to use the exciting and trending art medium of resin.

Participants will learn techniques to create their own abstract resin coasters, crafting nine beautiful and functional pieces of art over the course of the class, perfect for gifting. Each participant will make different kinds of coasters, including alcohol ink coasters and resin mold coasters, and will leave being able to use resin safely on their own.

Corradino will review safe mixing techniques and the mistakes that could cost you resin. The cost of the class is $98 per person and includes all materials. Participants will also be allowed to keep their respiratory mask and silicone mold.

Register online at www.EngageKingsport.com or call 423-392-8414. Class is limited to five students. Please note, online sales will end 48 hours prior to the class. For ages 18+.

For more information about the Kingsport Office of Cultural Arts, please visit www.EngageKingsport.com.

The City of Kingsport has a number of developments to announce in connection to a $4.8 million water meter replacement project.

The water meter replacement project dates back to December 2020, when the batteries in some water meters started to fail earlier than anticipated. As a result, the city’s utilities department was not able to electronically detect an accurate reading of water usage.

In response, the city began replacing these water meters with new ones in the spring of 2021. Kingsport anticipates having all remaining water meters in its 39,000-count system replaced with new ones within the next couple of years. 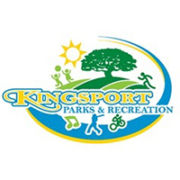 Kingsport’s Parks and Recreation Department is hosting its annual Doggie Splash Bash on October 8*. It’s a chance to let your dogs run and play with their furry friends in an enclosed area, under the water jets, water cannons and dumping buckets of the Riverview Splash Pad.

The free event will take place Oct. 1 from 10 a.m. to 1 p.m. at the Riverview Splash Pad (1101 Martin Luther King Boulevard). Dogs will be able to run and play off leash and all dogs are welcome to attend.

Please note – state law requires all dogs to have a current rabies vaccination.

*This event was rescheduled due to inclement weather in the forecast. Children ages 6 to 12 can now register for the fun-filled camp at the V.O Dobbins, Sr. Complex (300 Louis Street) or online at www.kingsporttn.gov and click on the “CivicRec” button on the main page. Then, search for “camp.”

The camp will take place at the V.O. Dobbins, Sr. Complex from October 3 – 7, 7:30 a.m. to 5:30 p.m. Camp participants will need to pack a lunch and a snack daily. Campers will have the opportunity to enjoy games, sports, crafts, outside time and so much more.

Gathering accurate and reliable information about the City of Kingsport can be challenging, especially in our digital age. Information is coming at you almost all the time in a variety of ways – newspaper, television, radio, social media and the Internet, email and text messages.

To better understand what information is important to you and how you learn about the news taking place in Kingsport, the city is launching a survey this week to answer these and other meaningful questions.

The survey takes only a few minutes to complete and includes 18 questions, such as how do you get your news and information, what information is important to you, how closely do you follow local government and what types of information you would like to see more of from the city.

“By using the data collected from this survey, our hope is to have better communication with all residents in the future,” said Adrienne Batara, public information and communications director for the city. “We just want to make sure we’re putting out accurate city information, that’s easily accessible in the most commonly used channels.” To take the survey, visit https://bit.ly/3Swmo2I. 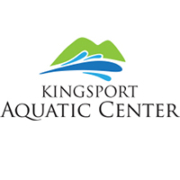 Gather all your ghosts and ghouls and come on down to haunt our pools. The Kingsport Aquatic Center is throwing a “Halloween Splash Bash” to bring in the spooky season on October 22 from 1 – 4 p.m.

Admission to the event will be $5 if you pre-register and $7 at the door. There will be a variety of fun games for the whole family to play, including a coloring page contest, Tin Can Throw, a costume contest and more.

The costume contest is free to enter and will begin at 2:30 p.m. in the lobby. The categories include:

One winner from each category will be selected and prizes will be awarded.

“We are excited to host the Halloween Splash Bash here at Kingsport Aquatic Center,” said Madison Gump, aquatics program coordinator. “This is a great family-friendly event for all ages. We hope you come out to splash around, play some games, pick up some treats, and show off your great costumes.”

You can get your ticket today at www.swimkingsport.com/special-events. Join us for a fun-filled day at the KAC.

To see other upcoming events, programs and classes, visit swimkingsport.com. Enjoy an evening under the stars along the Bays Mountain Reservoir from the comfort of your own kayak. It’ll be a calm and relaxing evening like no other.

Bays Mountain Park is offering kayak stargazing programs this week and in early October. Join park staff in the middle of the reservoir for a guided hike through the night sky.

The program is an astronomy class with a twist where you’ll learn about the constellations and the viewable planets with the naked eye.

Participants are required to bring their own kayak, canoe or stand-up paddleboard and paddling equipment, along with a Type III personal flotation device. You will also be allowed some time to paddle around the lake as you wait for the sky to darken.

To register for one of the programs visit www.kingsporttn.gov and click on the “CivicRec” button on the main page. From there, click on the “Bays Mountain Park and Planetarium” link and select Kayak Stargazing.

As Domtar continues to make progress toward resuming normal operations at the Kingsport mill, the company will be conducting periodic steam releases around the clock beginning this week.

The steam releases will take place between Sept. 26 and Oct. 9.

Domtar officials say steam releases are necessary to clean contaminants and debris out of newly installed steam pipes. The mill has designed and installed temporary silencer systems, so the noise should be minimal.

The steam releases are planned and necessary to ensure the mill machinery is operating properly.

Domtar undertook a $350 million renovation and expansion project last year to convert the Kingsport facility from manufacturing office paper to containerboard. Domtar plans to resume operations at the Kingsport mill later this year.

For more information about the conversion project, please visit www.domtarpackagingkingsport.com.

Now you have the chance to make one of your own and learn how to play.

Local artisan Russell Lawson is offering a three-part class next month to help you create your own one-of-a-kind ocarina. Over the course of these classes, you will learn the mechanics and fundamentals of flute making and leave with the knowledge of how to play your own ocarina.

The classes are for adults and children ages 12 and up (with adult supervision).

All three classes will be held in Room 228 at the Kingsport Renaissance Center (1200 E. Center Street). To register visit https://bit.ly/3doJXvC or click the “Buy Tickets” link at www.engagekingsport.com. The cost of the three-part class is $175.

The Kingsport Carousel has been recognized as one of the Nicest Places in America by Reader’s Digest magazine.

Nicest Places in America is a nationwide search for places (towns, neighborhoods, businesses or someone’s front porch) where people are kind, differences are celebrated and the Golden Rule is as instinctive as “please” and “thank you.”

Reader’s Digest announced this year’s winners in its September 14 magazine and the Today Show highlighted the winners on its Wednesday morning broadcast.

“We are so honored to have the Kingsport Carousel as part of our community,” said Hannah Powell, cultural arts program coordinator for the city. “We are so excited that everyone else on a national level now knows about our treasure so that we can share it with them too.”

The Kingsport Carousel is located at 350 Clinchfield Street in downtown Kingsport and is open to the public year-round. The carousel includes 32 wooden riding animals and two chariots, 24 rounding boards depicting notable sites within the city and 24 hand-carved “sweep” animals around the top.

The project began 14 years ago as a dream of the late Gale Joh, who grew up in Binghamton, N.Y. — the “Carousel Capital of the World.” After Joh died in 2010, former Alderwoman Valerie Joh and local volunteer Reggie Martin picked up the mantle and formed the nonprofit organization “Engage Kingsport” to push the project forward.

More than 300 volunteers worked for five years to hand-carve and paint platform and sweep animals for the working 1956 vintage Herschell carousel. The carousel opened to the public in 2015 and since then more than 500,000 men, women and children have taken the $1 ride on the majestic attraction.

For more information about the Kingsport Carousel visit www.arts.kingsporttn.gov/kingsport-carousel.